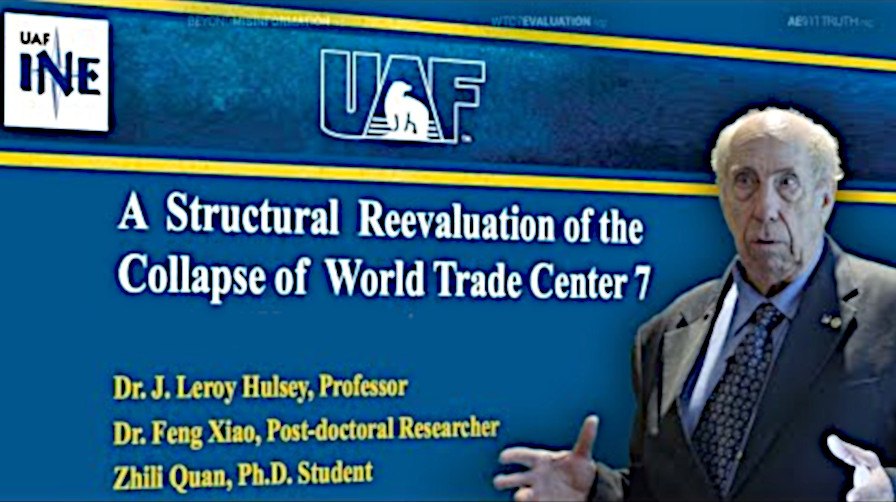 The objective of the study was threefold: (1) Examine the structural response of WTC 7 to fire loads that may have occurred on September 11, 2001; (2) Rule out scenarios that could not have caused the observed collapse; and (3) Identify types of failures and their locations that may have caused the total collapse to occur as observed.

The UAF research team utilized three approaches for examining the structural response of WTC 7 to the conditions that may have occurred on September 11, 2001. First, we simulated the local structural response to fire loading that may have occurred below Floor 13, where most of the fires in WTC 7 are reported to have occurred. Second, we supplemented our own simulation by examining the collapse initiation hypothesis developed by the National Institute of Standards and Technology (NIST). Third, we simulated a number of scenarios within the overall structural system in order to determine what types of local failures and their locations may have caused the total collapse to occur as observed.

The research team is currently organizing and uploading all of its data into a format that can be readily downloaded and used. We expect to post the data sometime between September 16 and September 30, 2019.

There will be a two-month public comment period from September 3 to November 1, 2019, with the final report will be released later this year… Read More @ University of Alaska http://ine.uaf.edu/wtc7