Jane Clark, Esq. “History and Mission of the Lawyers’ Committee”

Jane Clark, Esq., is a Board Member and was the founding President of the Lawyers’ Committee for9/11 Inquiry. Ms. Clark’s Texas private law practice of nearly three decades includes Workers’ Compensation, probate, personal injury, collections and domestic relations cases. She earned her law degree from the University of Idaho Law School/Moscow, a Masters Degree in Biochemistry and Biophysics from Texas A & M University/College Station, and worked with renowned Professor Emeritus Dr. Joseph Nagyvaryof Budapest, Hungary, on cancer research. From1980 to the present Ms. Clark has worked with major John F. Kennedy (JFK) and Robert F. Kennedy (RFK) Assassination researchers including the late Lawrence Teeter, Esq., in his position as Counsel for alleged RFK assassin Sirhan Sirhan. Ms. Clark has served as the attorney for the JFK Lancer Conference,a major conference held in Dallas in Novemberof each year attended by JFK Assassination researchers worldwide.

Barbara Honegger, M.S., has served in high-level positions in the U.S. Government, including White House Policy Analyst, Special Assistant to the Assistant to the President, and Director of the Attorney General’s Law Review at the Department of Justice. For a decade and a half, Ms. Honegger then served as Senior Military Affairs Journalist at the Naval Postgraduate School, the premiere science, technology and national security affairs graduate research university of the U.S. Department of Defense. Her pioneering book October Surprise, on the deep story behind the Iran side of the Iran/Contra scandal, subsequently confirmed by formerly classified documents, led to a full-subpoena-power Congressional re-investigation funded at the level of the 9/11 Commission.

Since 9/11,Ms. Honeggerhas been a leading investigative researcher, journalist and author on the events of that day, speaking at conferences and giving presentations in the U.S., Europe and Canada. She is a Board Member and Officer of the Lawyers’ Committee for 9/11 Inquiry, researched and produced the video documentaries ‘Behind The Smoke Curtain’ on the Pentagon attack and the ‘9/11 Museum Virtual Walking Tour’ and is the visionary behind and personally executed the ‘Third Beam’ Spotlight shown into the NYC skyline on the 9th Anniversary of the attacks that has become the Icon the 9/11 Truth and Justice Movement worldwide. Ms. Honegger earned Bachelor of Arts degree from Stanford University; a Master of Science degree in Psychology from John F. Kennedy University; and Masters level certification in National Security Decisionmaking from the Naval War College. Ms. Honegger’s paternal ancestors are from Canton Zurich, Switzerland. 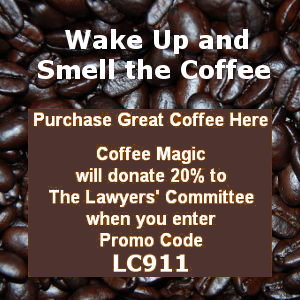