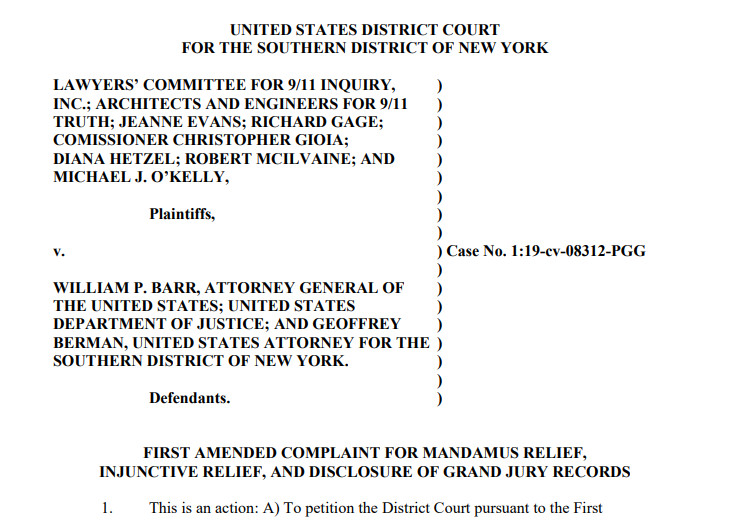 TODAY in New York City a legal battle for the integrity of the Grand Jury process and the First Amendment Right to Petition for Redress is being waged. On Friday night March 20, 2020 Lawyers’ Committee Litigation Director, Mick Harrison, and his co-counsel, Lawyers’ Committee Board Director John O’Kelly, filed an historic 4 count First Amended Complaint in the Southern District of New York against the United States Attorney for the Southern District, Geoffrey Berman, the Department of Justice, and the United States Attorney General, William Barr, demanding relief from the Federal Courts concerning the Petition from the Lawyers’ Committee to the United States Attorney to present to a Grand Jury evidence of federal crimes involving the use of explosive and incendiaries at the World Trade Center on 9/11. TO DATE, 19 years after the fact no Grand Jury criminal investigation concerning the destruction of the World Trade Center Towers on 9/11 has been convened.  CLICK HERE For the complete story and Exhibits