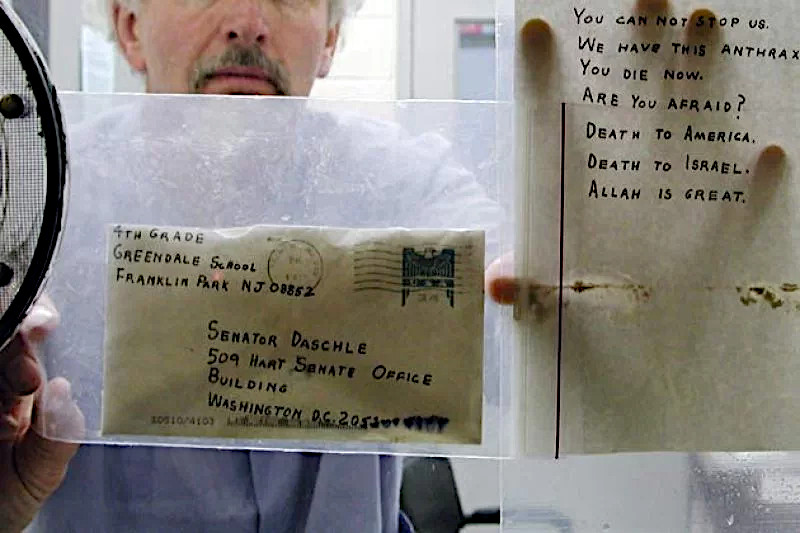 The Lawyers’ Committee for 9/11 Inquiry has recently petitioned Congress to reopen the 2001 anthrax investigations.. All 435 House of Representatives and 100 United States Senators received the Executive Summary and links to the Petition and Exhibits you are receiving. The Exhibits include documents from scientists and military officers who worked at the United States Army Medical Institute of Infectious Diseases (USAMRIID) at Fort Detrick, Maryland. Some of these important documents have never before been publicly seen.

Executive Summary
Lawyers’ Committee For 911 Inquiry. Inc
Petition To Congress To initiate A Congressional Investigation Into The 2001 Anthrax Attacks

This Petition is a formal request to Congress for redress of grievances regarding the federal government’s misconduct detailed in the referenced Petition related to the post-9/11 anthrax attacks of 2001. These attacks against Congress and the media involved use of a lethal biological warfare agent. This lethal agent killed 5 individuals, injured at least 17 others, and was used to attempt the assassination of two United States Senators.

This Petition centers on multiple lines of evidence relating to the FBI’s investigation of the anthrax attacks beginning in 2001 and concluding in 2010 which was intentionally obstructed and was not conducted in good faith.

The FBI’s analyses and reports were knowingly deceptive.

The Petition is 75 pages with 69 Exhibits supporting the urgent need for a Congressional investigation.

The Major Conclusions of the Lawyers’ Committee in this Petition are:

2. The FBI intentionally, by concealing and avoiding key evidence, steered its investigation away from the most likely suspects, those personnel associated with Dugway Proving Grounds, Battelle Memorial Institute and their contractual CIA partner, and institutions and individuals associated with them, and concentrated instead on the least likely suspects, scientists from United States Army Medical Institute of Infectious Diseases (USAMRIID), and prematurely concluded its investigation upon the death of Dr. Ivins.

3. Congressional involvement is necessary as the Department of Justice has a conflict of interest in investigating its own alleged misconduct.

4. Those responsible for the anthrax attacks are still at large and the Nation remains in peril.

5. The anthrax attacks appear to have been intended to rush the passage of the United States Patriot Act, thus undermining civil liberties, facilitating a War on Iraq predicated on nonexistent weapons of mass destruction and inaugurating the War on Terror which continues to this day