In the aftermath of September 11, 2001, Congress initiated the “Joint Inquiry into Intelligence Community Activities Before and After the Terrorist Attacks of September 11, 2001″, also known as the “Congressional Joint Inquiry on 9/11”.  It was comprised of the House and Senate Intelligence Committees. This was followed in January 2003 by the U.S. Government’s public investigation known as the 9/11 Commission. Their task was to fully investigate and explain what had occurred on 09/11/2001.

Beginning almost immediately and persisting to the present, serious questions have been raised about both the Congressional Joint Inquiry and the 9/11 Commission’s version of events surrounding 9/11.  There has been extensive media coverage of anomalies in the official account, destruction of evidence, obstruction, and even perjury. Many observers, including notably the families of the victims, criticized both inquiries for failing to address hundreds of key questions. An objective analysis, even quoting admissions by members of the investigations, leads to evidence of cover ups.

Given that the events of 9/11/01 has been used to shape U.S. foreign and military policy and ushered in an era of all-encompassing surveillance of all Americans, much more scrutiny and fact-finding is warranted.

Many chapters listing anomalies and problems cited by government officials which illustrate the shortcomings of the official 9/11 Commission’s investigation. Here are just a few facts to consider:

In a properly functioning judicial system, federal and state attorney generals or special prosecutors would have taken actions to establish all the facts and obtain the fullest measure of justice. The reality has fallen far short of this.

Understanding the Scope of Obstruction

There has been widespread media coverage of the administration of George W. Bush’s attempts to stall, limit, and underfund the 9/11 investigation. The refusal of Bush and Cheney to testify under oath, separately, and in public was highly problematic and suspicious.

Some staff members and commissioners of the Sept. 11 panel concluded that the Pentagon’s initial story of how it reacted to the 2001 terrorist attacks may have been part of a deliberate effort to mislead the commission and the public rather than a reflection of the fog of events on that day, according to sources involved in the debate.

“I was shocked at how different the truth was from the way it was described,” John Farmer, a former New Jersey attorney general who led the staff inquiry into events on Sept. 11, said in a recent interview. “The tapes told a radically different story from what had been told to us and the public for two years. . . . This is not spin. This is not true.”

From the NY Times: 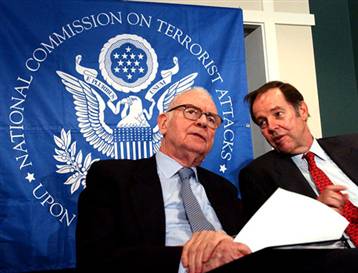 The panel [i.e. the 9/11 Commission] also said the failure of the Bush administration to allow officials to be interviewed without the presence of government colleagues could impede its investigation, with the commission’s chairman suggesting today that the situation amounted to “intimidation” of the witnesses.

[9/11 Commission co-chairs] Mr. Kean and Mr. Hamilton suggested that the Justice Department was behind a directive barring intelligence officials from being interviewed by the panel without the presence of agency colleagues.

At a news conference, Mr. Kean described the presence of “minders” at the interviews as a form of intimidation. “I think the commission feels unanimously that it’s some intimidation to have somebody sitting behind you all the time who you either work for or works for your agency,” he said. “You might get less testimony than you would.”

“We would rather interview these people without minders or without agency people there,” he said.

From “Without Precedent”, authored by chairs of 9/11 Commission, Thomas Kean and Lee Hamilton wrote:

“Fog of war could explain why some people were confused on the day of 9/11, but it could not explain why all of the after-action reports, accident investigations, and public testimony by FAA and NORAD officials advanced an account of 9/11 that was untrue”.

“We never had full confidence in the interrogation reports as historical sources…. I think the commission could have successfully challenged the CIA on both access to detainees and release of names, but it chose not to fight these battles.”

Four years after Tenet testified to the commission, Kean said the CIA director had been “obviously not forthcoming” in some of his testimony. Tenet said under oath that he had not met with President Bush in the month of August 2001, Kean recalled. It was later learned he had done so twice.

“Did Tenet misspeak?”,  we asked the New Jersey Republican.

The implications are clear. As Kean and Hamilton stated, the investigation was “doomed to fail from the start”.

The classification of the chapter from the Congressional Joint Inquiry report which provides details on “the money trail” leading to two of the alleged hijackers who took up residence in San Diego struck a serious blow to the principle of transparency in government. The 28 pages contained nothing that would compromise national security. 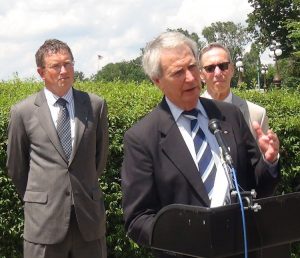 From the time of classification, key members of the Senate Intelligence Committee voiced their opposition. A letter of protest signed by 46 senators was delivered to Pres. Bush on August 1, 2003. This was followed by years of effort by key senators and 9/11 family members to pressure Pres. Bush, then Pres. Obama to declassify the 28 pages. A few members of Congress hearing the pleas of 9/11 family members as well as understanding the negative effects that secrecy on the 28 pages had upon national security took the unprecedented step of submitting legislation in Dec. 2013 to gain their release. This bi-partisan effort was led by Congressmen Walter Jones (R-NC), Steven Lynch (D-MA), and Thomas Massie (R-KY).  A companion bill in the Senate followed, submitted by Rand Paul (R-KY), Kirsten Gillebrand (D-NY) and Ron Wyden (D-UT). Over the next 2 ½ years pressure mounted as a result of more lobbying by 9/11 family members, and an even higher level of media scrutiny which approached saturation coverage in the spring of 2016. This began with a major exposé on CBS’ 60 Minutes on April 10th.

In another influental mainstream report we learned through journalist Philip Shenon’s article in The Guardian, that Executive Director of the 9/11 Commission, Philip Zelikow, deliberately obstructed a full investigation of leads on funding of the plot. He went so far as to fire investigator Dana Leseman to prevent information from the 28 pages from being included. He manipulated the outcome to protect the oil-rich monarchs of the Saudi Kingdom. This included the Saudi ambassador to the U.S., Prince Bandar, close friend and confidant of the Bush family. This further proves that the public was deprived of key knowledge on logistical and geopolitical aspects of the attacks. 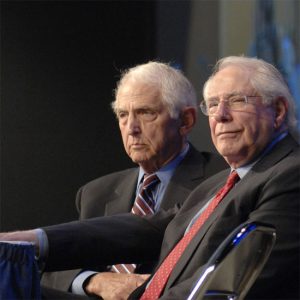 This led to the actual declassification of the 28 pages. In the latter stage of this campaign for declassification, Mick Harrison, Legal Director of the Lawyers’ Committee For 9/11 Inquiry, composed a legal opinion which established that the Congressional Joint Inquiry’s report was a product of Congress and therefore, the Executive Branch had no jurisdiction over it. This assertion was based on the speech and debate clause of the Constitution. Former Senator Mike Gravel, who was charged with criminal conduct for his reading of the Pentagon Papers into the Congressional record, was exonerated by the Supreme Court on this very principle. Therefore, Mr. Harrison, with the help of Sen. Gravel and lobbying efforts by dedicated legislative activists, informed members of Congress who championed efforts to declassify the 28 pages that they could release them on their own, bypassing the president. In a meeting with Director of National Intelligence, James Clapper, he was forced to admit this very fact. Within weeks Walter Jones, Steven Lynch, and Thomas Massie submitted another resolution which took matters to the next level, stating that if the president failed to declassify the 28 pages, they would follow through and act on their own

Although there were still nearly 100 redactions, the bulk of the information was released for the world to see exactly what key Senators and three members of the 9/11 Commission, Bob Kerry, Tim Roemer, and John Lehman, had all been claiming evidence exists leading to financing and support by high level officials and agencies of Saudi Arabia, of covert actions of agents tied to the Saudi consulate, as well as obstruction and cover up by U.S. agencies. Of utmost significance, the release of the 28 pages disproves the official narrative and 9/11 Commission’s assertions that the 19 Arabs acted alone.

To this day, the full implications of the matters contained in the 28 pages have not been probed, the intelligence agencies have yet to be held to account for their questionable actions, nor have steps been taken to rectify the unsavory geo-political relationships which the 28 pages brings light to.

However, the release of the 28 pages combined with the passage of the Justice Against Sponsors of Terrorism Act (JASTA) has provided a new foundation upon which several legal actions by 9/11 family members can finally proceed. This development has the potential to open up additional avenues of inquiry and evidence.

A FOIA case in Florida has revealed obstruction and concealment by the FBI regarding information it holds about a wealthy Saudi couple in Sarasota known to have contacts to some of the figures blamed as hijackers. They were visited by Mohammed Atta and a few others accused as hijackers, and fled at a moment’s notice just weeks before the attacks. Although the FBI claimed for years it had no information on this couple, the judge overseeing the case ordered the FBI to fully examine its computer files and produce the results. This resulted in the FBI being forced to submit over 80,000 pages to the court. This volume of information continues to be under review.

The FBI released a report in March of 2015 with findings by its 9/11 Review Commission which was formed to conduct an “external review” of the FBI’s performance in implementing the 9/11 Commission’s recommendations and to assess new evidence. It contains information contradicted by investigative journalism by a Florida media outlet centrally involved in FOIA cases which corroborates what Sen. Bob Graham refers to as “a pattern of cover up” and “aggressive deception”.

From an ongoing FOIA action we learned that as late as 2012 the FBI had continued to review information regarding the Saudi couple in Sarasota, as well as events connected to two of the Saudis blamed as hijackers who spent time in San Diego as depicted in the 28 pages. So this body of evidence remains unsettled.

Where We Stand 15 Years Later

Although there are legal actions pursuing the money trail, more than 15 years after the attacks, an unfettered, comprehensive explanation of other vitally important aspects of the events on and surrounding 9/11 has not been established in a court of law or by an objective and thorough investigation.

For example, evidence exists indicating the National Institute of Standards and Technologies has delivered an official report containing items contrary to scientific fact and rebutted by expert, peer-reviewed analysis.

More recently, a former NIST analyst and whistleblower, Peter Michael Ketchum, has referred to NIST using tactics that are “an avoidance of inconvenient evidence”.

These facts make clear the necessity and provide the foundation for a new level of legal analysis, strategy, and action.

In summary, we as a dedicated team of lawyers and advisors, stand ready to pursue legal actions for the crimes of 9/11 with the intent of focusing on areas of evidence yet to be legally examined so as to reach a comprehensive review as required by law of the most consequential event of our time. We owe it to all adversely affected, to the general public, and to future generations to obtain truth and justice in this unprecedented effort. Your donations and grass roots support will help us make history. Time is of the essence.