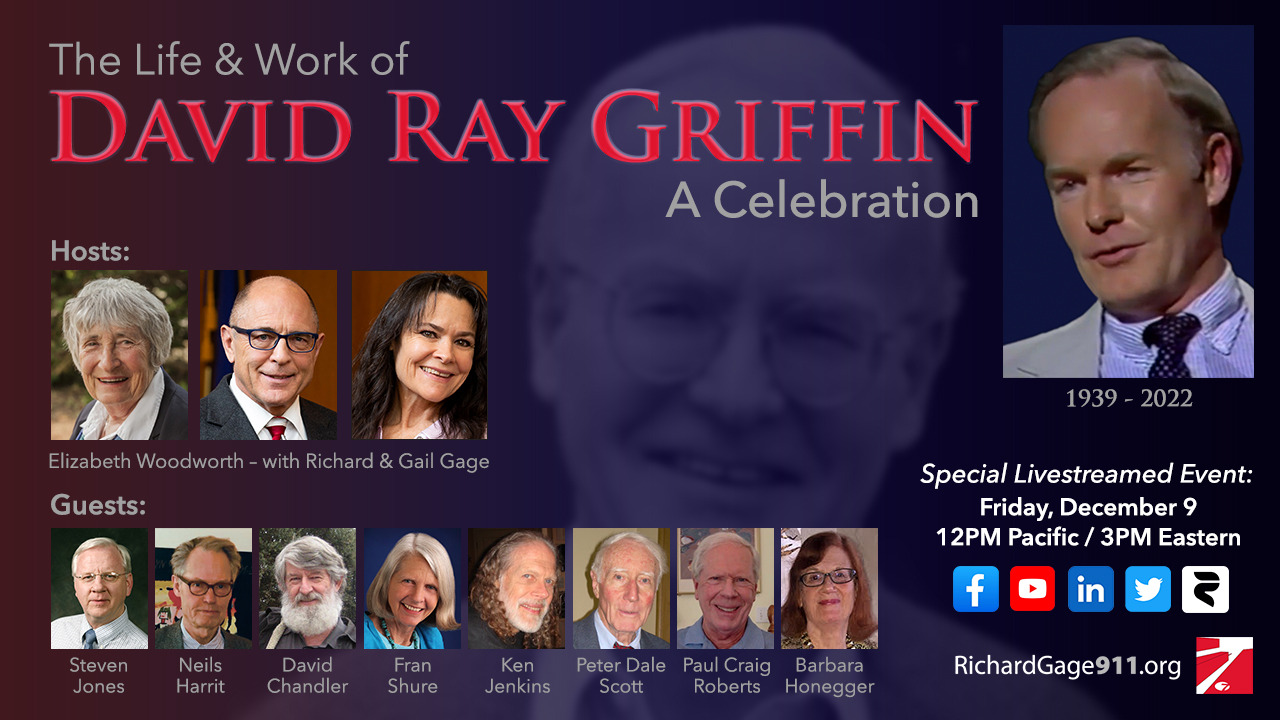 A Celebration of His Life and Work

It is with a very heavy heart that we share the news that our friend and mentor in the great 9/11 Truth work, Prof. David Ray Griffin, has succumbed to his long battle with cancer and passed away on November 25, 2022.

We invite you to join us now in this special livestream tribute to the ‘grandfather of the 9/11 Truth Movement’. This special event was hosted by Elizabeth Woodworth, myself, Richard Gage, AIA, along with my wife & assistant Gail Gage.

Our panel of distinguished guests who payed their respects to this giant of an intellectual, this author of no less than 50 books (15 on the subject of 9/11 truth) included Peter Dale Scott, Paul Craig Roberts, Fran Shure, Niels Harrit, Steven Jones, Barbara Honegger, David Chandler, and Ken Jenkins.

The event is free to watch now. We hope you will share it with all of your like-minded friends:

The poignant reflective article posted on Global Research David Ray Griffin (1939-2022) The Man and His Work: A Synopsis by Elizabeth Woodworth, his right-hand for more than a decade, is quite inspiring.

Many of the presentations by David Ray Griffin have been filmed by Ken Jenkins and are available at 9-11TV.org.

David Ray Griffin’s books on the subject of 9/11 Truth include:

Dozens of his other books can be found on Amazon.com.