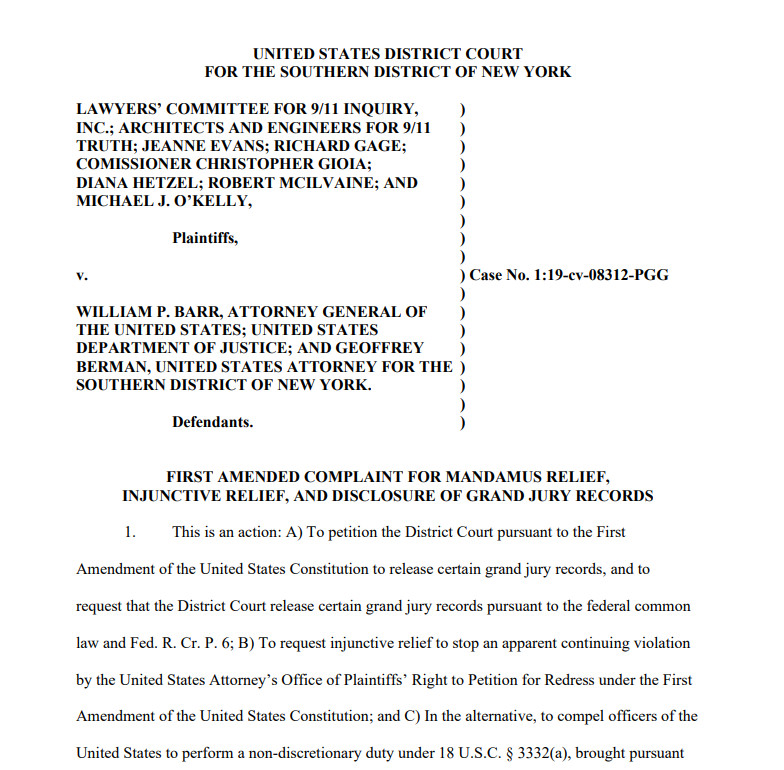 TODAY in New York City a legal battle for the integrity of the Grand Jury process and the First Amendment Right to Petition for Redress is being waged. On Friday night March 20, 2020 Lawyers’ Committee Litigation Director, Mick Harrison, and his co-counsel, Lawyers’ Committee Board Director John O’Kelly, filed an historic 4 count First Amended Complaint in the Southern District of New York against the United States Attorney for the Southern District, Geoffrey Berman, the Department of Justice, and the United States Attorney General, William Barr, demanding relief from the Federal Courts concerning the Petition from the Lawyers’ Committee to the United States Attorney to present to a Grand Jury evidence of federal crimes involving the use of explosive and incendiaries at the World Trade Center on 9/11. TO DATE, 19 years after the fact no Grand Jury criminal investigation concerning the destruction of the World Trade Center Towers on 9/11 has been convened. (See attached First Amended Complaint)

United States Attorney Berman had written to the Lawyers’ Committee on November 7, 2018 stating that he had read and reviewed the submissions given to him by the Lawyers’ Committee and that he would comply with the law 18 USC 3332 regarding the submissions. The Lawyer’s Committee has no way of knowing whether he is complying and, therefore, is requesting that the Federal Court Judge order the United States Attorney to comply with the law.

The Defendants previously claimed through Court filings that the Plaintiff’s Administrative Procedure Act and Federal Mandamus statute suit to compel a Grand Jury presentation should be dismissed for lack of standing. The Lawyers’ Committee exercised their right to amend the Complaint to add additional plaintiffs and also added an additional count based on a Constitutional argument related to the First Amendment’s People’s Right to Petition the Government for Redress of Grievances.

The United States Attorney has fourteen days to respond to the First Amended Complaint.
Please support the Lawyers’ Committee in our effort through Grand Juries to attain government transparency and accountability for the crimes of 9/11. 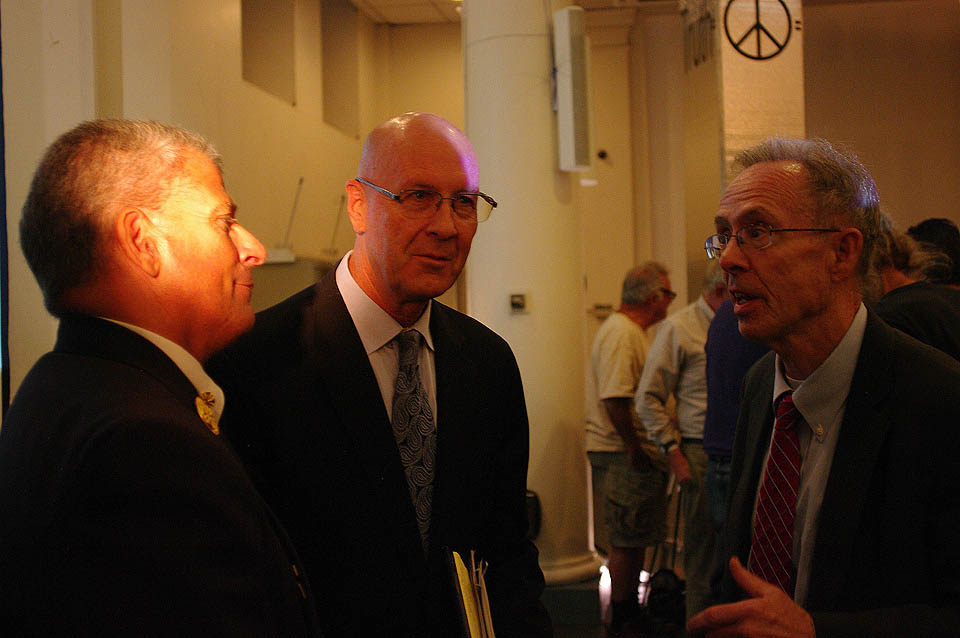 Exhibits are .PDF files and will open in a new window

Visit our new store HERE or click the mug!