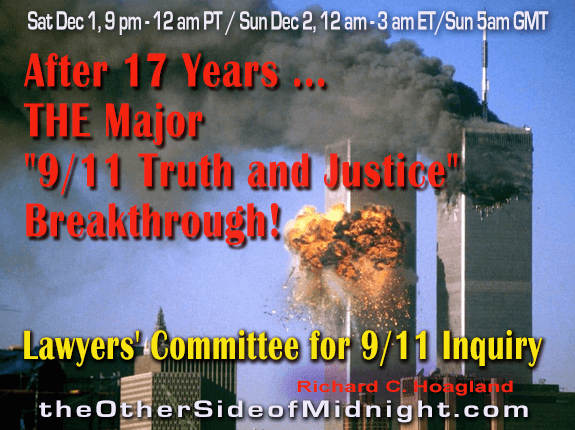 1 December 2018: Richard Hoagland hosts the Lawyers’ Committee on The Other Side of Midnight. Click here to listen to the show on TheOtherSideOfMidnight.com or click on the picture above. 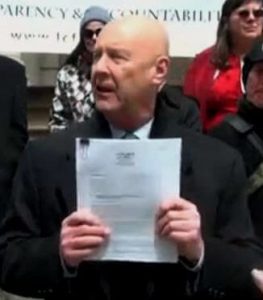 30 July 2018–  We filed a First Amended Grand Jury Petition with the US Attorney.

10 April 2018  — The Lawyers’ Committee announces the filing of the Grand Jury Petition with the U.S. Attorney in Manhattan, NY. Read the Executive Summary here.

Thanks to all for spreading the word about our April 10th Grand Jury Petition which was filed with the U.S. Attorney in the Southern District of New York.  It is URGENT that we channel increased awareness into financial support.  Please donate what you can, and urge others to do likewise, so that the Committee can continue to operate.

Please read the First Amended Petition here (filed on 30 July).  You can sign up as a supporter of this critically important action here. 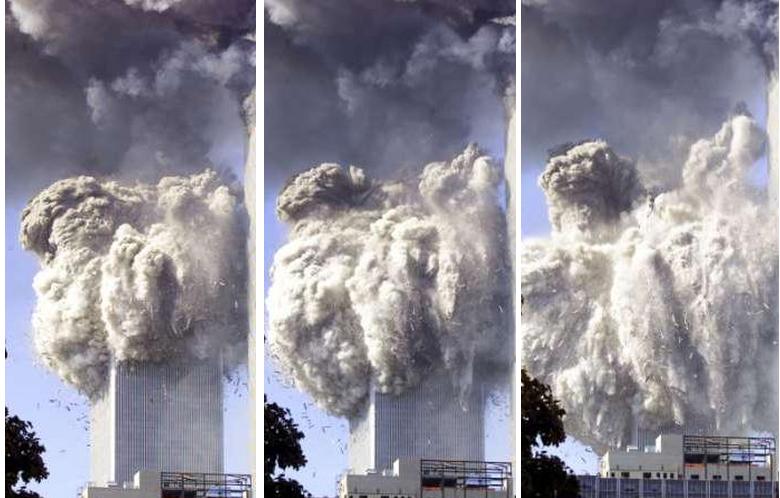 The official explanation of the events on and surrounding 9/11 has not been established in a court of law or by an objective and thorough investigation by either Congress or the 9/11 Commission.  Our overall mission is to develop and implement a detailed legal strategy to achieve transparency and accountability under the law, regarding the unprosecuted crimes of 9/11!

The Lawyers’ Committee for 9/11 Inquiry, Inc. is a non-profit 501(c)(3) organization of lawyers, investigators, scientists and concerned citizens created to promote transparency and accountability regarding the tragic events of September 11, 2001. 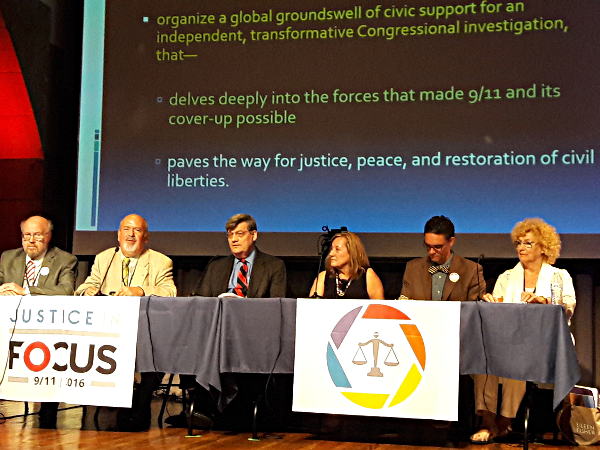 Lawyers’ Committee members and guest speakers at the Justice in Focus Symposium on September 10-11, 2016 at Cooper Union in New York City

We’re proud of our organization!