Josh Sigurdson talks with Richard Gage AIA of Architects & Engineers For 9/11 Truth as well as Barbara Honegger who famously exposed the truth behind the Iran Contra scandal in the 1980s as a member of the Reagan White House with her book ‘October Surprise’ and now works with the Lawyers Committee For 9/11 Inquiry.

Some massive news has come out in recent days regarding a petition originally filed in April of 2018 asking for a new investigation into 9/11. Just a few days ago, LCfor9/11 got a letter back from a US attorney agreeing to comply with a Federal law requiring submission to a special grand jury of report by Lawyers’ committee and 9/11 victim family members of “yet to be prosecuted 9/11 crimes.”

This is the biggest news to come out regarding 9/11 since the 28 pages and by far has more impact. Barbara explains as a private citizen her thoughts on this incredible breakthrough and why it could change everything. She expects it to possibly complete in about a year and a half but this stepping stone can expose everything we’ve long wondered about 9/11 and the obvious coverups. 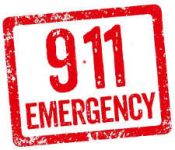 Even if one is not sure what exactly happened on 9/11 as we are left to a lot of assumption, it is well understood in this day and age that at the very least, the official investigation was a whitewash. Richard Gage says this recent news is music to his ear and is something that AE911 has been pushing for for many years. Both Richard and Barbara explain why this is so important, what people need to understand about 9/11, the strange events of the day and why everyone should question what happened. Let’s not forget what that fateful day has lead to and continues to lead to in the security field and overseas. We will be continuing to follow this historic case closely! Stay tuned for more from WAM!

Host Andy Steele is joined by attorneys Mick Harrison and David Meiswinkle of the Lawyers Committee for 9/11 Inquiry. They review the latest developments regarding the U.S. Attorney’s compliance with the Committee’s request that a grand jury hear the 9/11 evidence. Their discussion covers the ways that AE911Truth will be helping the Committee and the ways that supporters can participate in this effort to prove, in a courtroom, how the three World Trade Center towers were really destroyed.

Click here to listen to the show on NoLiesRadio.org

In what can be described as a monumental step forward in the relentless pursuit of 9/11 truth, a United States Attorney has agreed to comply with federal law requiring submission to a Special Grand Jury of evidence that explosives were used to bring down the World Trade Centers.

The Lawyers’ Committee for 9/11 Inquiry successfully submitted a petition to the federal government demanding that the U.S. Attorney present to a Special Grand Jury extensive evidence of yet-to-be-prosecuted federal crimes relating to the destruction of three World Trade Center Towers on 9/11 (WTC1, WTC2 and WTC7).

After waiting months for the reply, the U.S. Attorney responded in a letter, noting that they will comply with the law…MORE (DCClothesline.com)

Ed Asner, Executive Director of the Lawyers’ Committee for 9/11 Inquiry, is celebrating an important step towards 9/11 truth and justice.

According to Asner and the Committee, U.S. Attorney Geoffrey Berman has announced that the Department of Justice will comply with 18 USC Section 3332 regarding the Lawyers’ Committee’s Petition. That means that a Special Grand Jury should soon be seated to launch an independent investigation of the unsolved crimes of September 11, 2001, beginning with the apparent explosive demolition of the World Trade Center complex including its three skyscrapers.

Asner, one of the biggest TV stars in US history, announced: “The U.S. Attorney’s decision to comply with the Special Grand Jury Statute regarding our petitions is an important step towards greater transparency and accountability regarding the tragic events of 9/11.” read more (Veterans Today.com)